Do yourself a favour…

We all have friends that are annoyingly positive and we all know people who are constantly negative. They both have their uses but for wildly differing reasons…

I was at a seminar recently hosted by Gerry Duffy. Regular readers here know my man crush on Gerry, I think he’s just great. He’s positive, he’s enthusiastic, he’s incredibly encouraging and he definitely ‘walks the walk’. I was there to see if a little of Gerry’s magic could rub off on me in the 8hrs that about 80 of us sat in a room together, enthralled, listening to his every word.

One thing we were encouraged to do by Gerry was to surround ourselves with like-minded, driven, enthusiastic, knowledgeable people. We all know someone who wont go that extra mile because it’s too far, or they’re too tired. We all have colleagues who look to cover their ass by looking to blame others. What would happen if we filtered out the negatives and just listen to someone who wants to just be 1% better, all the time.

If that person wanted to be better in everything they do, every time they do it and we were at their side, would we be encouraged? Would we be a help or a hindrance?

There are massive opportunities for us to surround ourselves with people who we can be encouraged by, learn from, collaborate with and generally be beside when we need that extra 1%.

Twitter, Facebook, Instagram all offer us the opportunity to surround ourselves with those that we want to learn from or emulate and these role models can be anywhere in the world.. I’m lucky enough that some people follow me on twitter and I regularly wonder why you’re all still there! Maybe I can offer the 1% to some of you, who knows, but thanks for sticking with me.

I’m rambling (as usual), but my point is that this morning I got up at 5am to go swimming. I don’t mind getting up early, but 5am is a push! There were 20 other people from Belpark Triathlon Club dragging themselves out of bed to be in the pool at that time. There was no messing about, there was no moaning about how early it was or how far it was to the other end of the pool, we just got in and did it. No one stopped half way, no one got out early, no one left before the end. 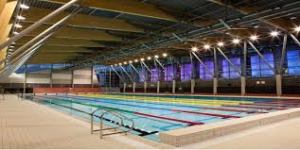 Because of these guys, I swam 50% further than I’ve done this year, I swam for the first time this year in a 50m pool, I beat all personal expectations of how I would perform. Nobody said anything, just being there meant we were encouraging each other. We just did it.

So do yourself a favour, block out the negatives that say something is too hard or too far. Surround yourself with positive people. People that can teach you to look for and achieve that extra 1%. People who want to encourage you to reach your goals, not pull you down. You wont regret it.

I'm a 40 something husband and dad who has lost lots of weight, finished a couple of marathons & triathlons and learned to enjoy life in the last few years.
View all posts by @killianbyrne →
This entry was posted in General, Training & Fitness, Triathlon, Uncategorized and tagged Belpark Tri, Gerry Duffy, positivity, Swimming, training, Triathlon. Bookmark the permalink.

2 Responses to Do yourself a favour…